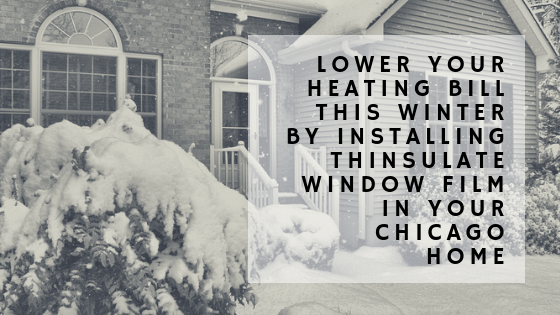 Chicago is known for its frigid winter conditions. While Chicago actually got the nickname the “Windy City” because of infamous local politicians, many people assume that the nickname came into existence due to the cold wind blowing off Lake Michigan. Winters in Chicago bring cold, icy conditions, which are amplified by the cold air blowing across the city.

For this reason, many locals brace themselves when winter weather starts to show up. Not only does winter mean freezing your tail off any time of the day during the months of December through January, but locals also expect an increase in living expenses due to high heating costs. It requires a lot of energy to keep a furnace or heating running all day long and homeowners ultimately pay the price when their utility bill shows up.

If you want to avoid all this expense, one way that you can get your home winter ready and lower your heating bill is by installing Thinsulate Window Film. Chicago residents can save up to 30% annually with one application of Thinsulate and enjoy these savings for the entire duration of the lifetime of the film – up to 10 years. Talk about efficient!

Thinsulate Window Film: Everything You Need to Know

Architects have been using window film for quite some time to improve the comfort and energy efficiency of spaces. But up until recently, window film only blocked out heat, which was helpful during the summer, but problematic during the winter, especially in dual-climate regions. This was the way things were until Thinsulate Window Films came along.

Thinsulate Window Films is one of the very few four-season residential window films that actually exist right now. Thinsulate Window Films employ a special type of technology, called low-e insulation, that allows them to actually control how much heat passes through glass. During the summer, they block heat out and in the winter, they trap it indoors. The result? Significant year round energy savings.

In addition to saving money on energy costs, Thinsulate Window Films can provide Chicago homeowners with many other benefits including:
-UV protection equivalent to SPF 1000
-Reduced glare that makes it easier to watch tv
-Improved security due to added glass protection

Get Your Chicago Home Ready for Winter with Thinsulate Window Film

Don’t let winter expenses get you down. Get your Chicago home ready for winter with Thinsulate Window Film and start saving today. Call Window Film Chicago to schedule installation services. 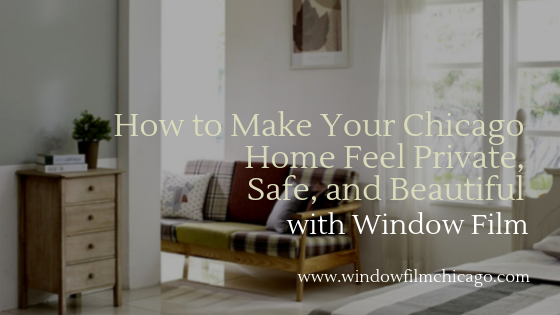 Next Post How to Make Your Chicago Home Feel Private, Safe and Beautiful with Window Film

February 8, 2019 Safeguard Furniture and Flooring from Fading in Chicago Furniture Stores with Window Film Read More
Get a Quote