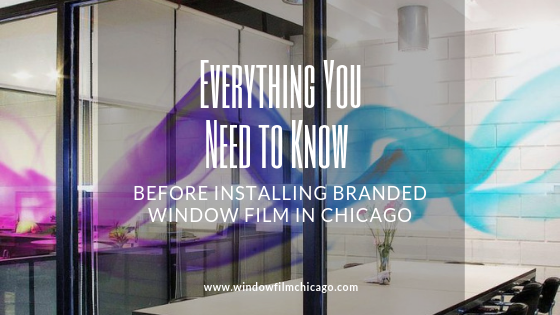 Any change to your commercial property is a big deal. Your business is your baby. You’ve nurtured it over the years, taken care of it. So of course you’re going to be cautious when it comes to switching up things at your office.

But branded window film is an investment that’s truly worth the while. With branded window film, you can add color to your interior, create privacy for your conference rooms, and even create signage for personal offices, different rooms, or entrances.

But, just like any investment, there are a few things you should know before you dive in. Don’t worry though. We’ll help you learn everything you need to know about installing branded window film for your Chicago business.

If you’ve never heard of branded window film before, it can be helpful to learn a few basic facts. First, branded window films are nothing like those cheap vinyl clings you get at the store. They’re made from high grade polyester and premium inks. Next, there are few limits when it comes to branded window film. However you want your film to look, no matter the colors, images, or texts, is what you’ll get.

Three Things You Should Know Before You Buy Branded Window Film

Before you decide to go ahead and purchase branded window film for your Chicago property, it’s important to have all of the facts. Here are three things you should know before you get started.

2. It’s basically a game changer.
Decorative glass finishes are a total game changer. Watch your office go from drab to fab in a flash!

3. It’s super cheap.
Branded window film isn’t just beautiful, it’s affordable. However, be careful about quality. A super cheap film may save you a couple bucks, but in the long run, it’s going to need to be replaced faster, which could cost you more.

Window Film Chicago is your source for premium window tinting in Chicago. Install branded window film for your office and contact our team today! 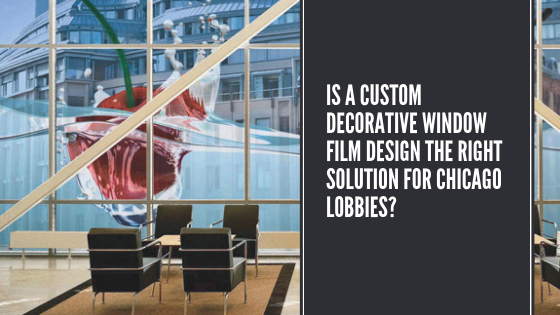 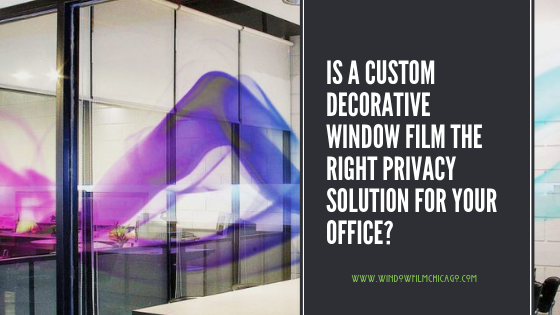 June 27, 2019 Is a Custom Decorative Window Film the Right Privacy Solution for your Chicago Office? Read More
Get a Quote